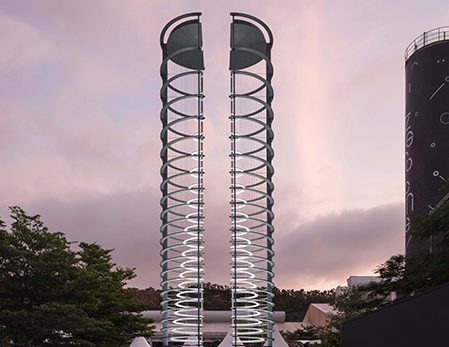 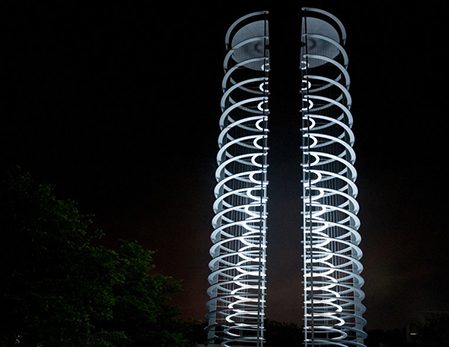 What appeared from afar as one structure was actually two identical halves, each comprising two sets of stacked rings, the larger one containing the smaller one. The 23 inner rings, each illuminated by a 5000K LED strip, were stacked more densely at the structure’s base, then progressively spaced farther apart toward the top.

The space between the two towers created an enclosure where visitors could enter in and interact with the sculpture, being immersed in its volume of light and creating an uplifting experience. That’s where the technology behind the tower really got to show off. Each row of lighting was DMX-controlled, programmed to mimic human breath –as the light rises to the top at different speeds, light intensity alternates between deep and short pulses at measured intervals. It was a technology-powered experience with an appreciable connection to human life – a refreshing encounter in a sea of robots, seeking to convey an experience centered on the human aspect of technology.
Quoted from https://designawards.core77.com 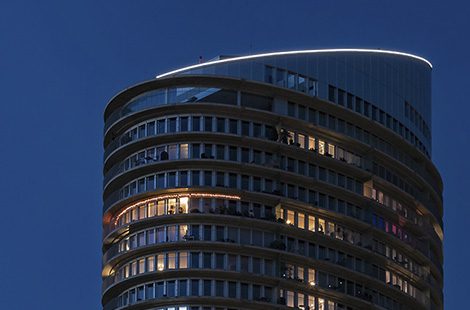 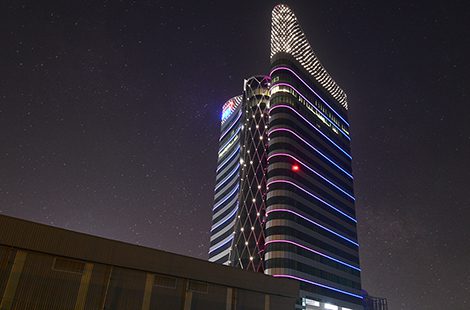 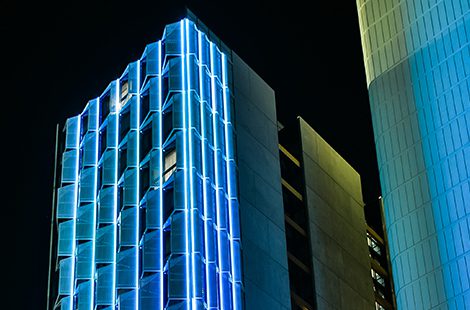 STAY IN THE KNOW

Subscribe to CLEAR’s newsletter so you never miss out on new products, solutions, key insights, trends, and research in the lighting industry that matters to you.